Faced with the worst drought in 100 years, a US governor called on the ultimate authority for help yesterday: he held a public prayer vigil and asked God for rain.

Sonny Perdue, the Governor of Georgia, where the capital city, Atlanta, is less than four months from running dry, gathered on the steps of the state capitol with other politicians and called on the Lord to open up the heavens.

Yeah, that oughta do it… 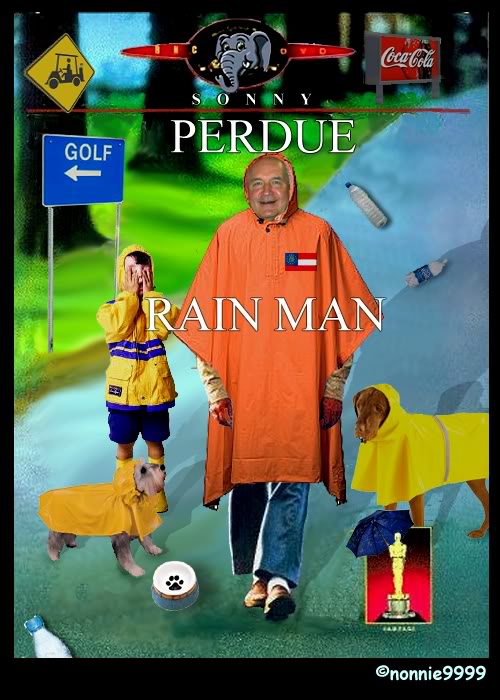