My advice to Megyn would be first, to spell her name with a normal vowel.

My second bit of advice would be not to eat out for a while. Definitely not at any restaurant where the waiters aren’t her fellow one-percenters.

END_OF_DOCUMENT_TOKEN_TO_BE_REPLACED

House Majority Leader Eric Cantor abruptly canceled a speech Friday at the University of Pennsylvania that had become the target of Occupy Philly and other groups. Hundreds of protesters gathered at Penn nonetheless, carrying signs and shouting slogans.

Cantor (R., Va.) was scheduled to speak at Penn’s Wharton School at 4:30 p.m. but backed out earlier in the afternoon, indicating that it had been his understanding the speech would be open only to people affiliated with the university.

In a statement, his office said it “was informed last night by Capitol Police that the University of Pennsylvania was unable to ensure that the attendance policy previously agreed to could be met.”

The university in turn issued a statement saying it “deeply regrets” that Cantor canceled and suggesting that there had been no change in the attendance policy.

“The Wharton speaker series is typically open to the general public, and that is how the event with Majority Leader Cantor was billed. We very much regret if there was any misunderstanding with the majority leader’s office on the staging of his presentation,” the university said.

END_OF_DOCUMENT_TOKEN_TO_BE_REPLACED

Cain received 37 percent of the 2,657 votes cast, more than twice as many as Perry, who made the most concerted effort here and captured 15 percent. He scraped by former Massachusetts Gov. Mitt Romney, who did not compete but finished with 14 percent.

“Folks, this is what you call momentum,” Cain, the former chief executive officer of Godfather’s Pizza and a tea party favorite, said in a video message to supporters. “The Herman Cain train is picking up steam.”

I admit, when I think of Herman Cain, I often think of certain things that steam… 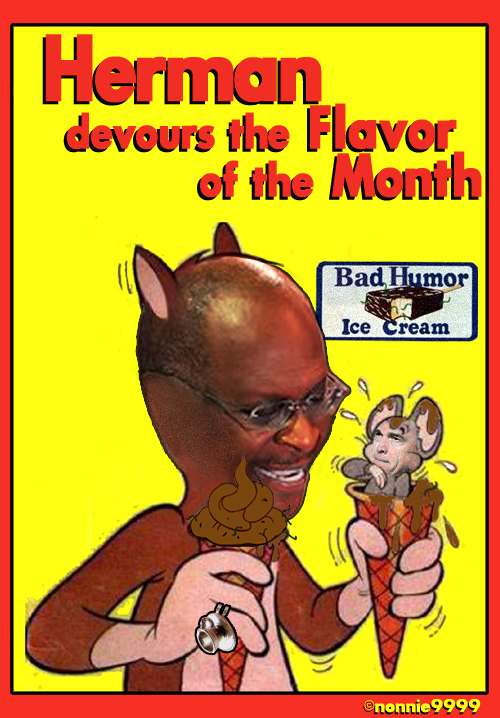 (CNN) – They’re hard-charging, compromise-damning members of Congress, and they’ve changed the debate in Washington over the size and spending of the government.

In recent days, Republican hard-liners in the debt ceiling talks have been vociferous in their rhetoric. 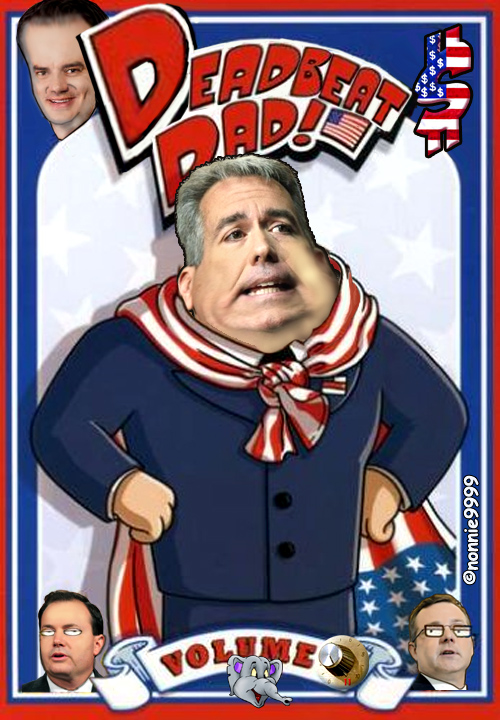 END_OF_DOCUMENT_TOKEN_TO_BE_REPLACED

WASHINGTON — Rep. Michele Bachmann (R-Minn.) has built a large part of her conservative appeal on strict opposition to federal intervention in the free market. Her real-time criticism of the Troubled Asset Relief Program earned her plaudits among the base voters who will soon decide Republican primary elections. Her pledge to repeal President Obama’s health care law, on grounds that it imposes an across-the-board government solution, has become a focal point of her presidential campaign.

When it comes to the agriculture industry, however, Bachmann’s record doesn’t match the fiscal conservative hype. A Freedom of Information Act request for communications the Minnesota Republican has had with the Department of Agriculture shows that she leaned heavily on federal officials for help — never more so than when it came to aiding the pork and dairy producers in her state.

END_OF_DOCUMENT_TOKEN_TO_BE_REPLACED

From Swampland (blog) at TIME:

Since they can’t agree on much else, maybe Congress can come to a consensus on a resolution to keep Oklahoma Sen. James Inhofe out of the pilot’s seat.

The Smoking Gun has obtained FAA documents that show Inhofe, who’s a licensed private pilot, landed his Cessna plane on a closed runway last October in Port Isabel, Texas, even though there were men and construction equipment on the runway — and a giant X to warn people not to land there.

Original DVD cover
(Scroll down for actual photo of the incident)

END_OF_DOCUMENT_TOKEN_TO_BE_REPLACED

Shooting Everything, Including Herself in the Foot

At the end of a defensive post about Sarah Palin’s hunting fiasco taped on her TLC show [Sarah Palin’s Alaska], the Wall Street Journal blog finally admits to a final insult out of the whole sorry spectacle:

“True enough. It was a young cow, something most hunters would have passed up, looking for a more impressive trophy.”

The caribou she shot was a young cow.

It’s not going to help Sarah’s image, which in the latest McClatchy-Marist polling has the Tea Party queen trailing the pack.

There are some cartoon characters who start out in the funnies and then show up in books. For example, there’s Little Orphan Annie. It was a daily comic strip written and drawn by Harold Gray. It ran for 86 years, ending in June 2010. We don’t have to miss it, though, as Governor Jan Brewer has taken her place.   Makes sense to me, as Governor Jan sorta looks like a Leapin’ Lizard.  You probably heard the sad story Jan tells about her father dying while fighting the Germans in World War II.  Such a good story.  Too bad it wasn’t true…