The water is deep. The bullshit is deeper.

Many New Yorkers and New Jerseyans serving in Congress have, for nearly five years now, kept a list of names handy to roll out at a moment’s notice. They call it “the Comeuppance Caucus.”

For some, the list is on a physical paper or bookmarked on a computer. For others, it’s merely tattooed into their brains. It consists of which colleagues voted against Hurricane Sandy funding back in 2013, and it’s chock full of Texas Republicans.

In fact, nearly every Texas Republican who was serving in Congress at the time voted against the $50.5 billion aid bill. And now their own constituents are facing the biggest natural disaster in state history. 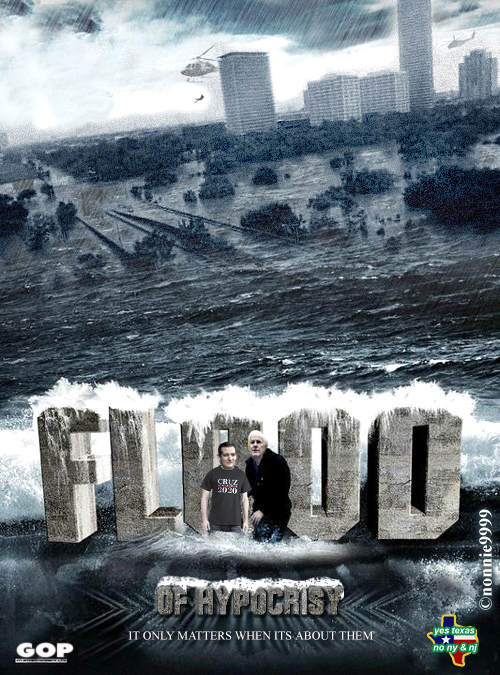 END_OF_DOCUMENT_TOKEN_TO_BE_REPLACED

Brazen in the Sun

There’s Gov. Chris Christie, lounging in a beach chair in the Oval Office. There he is again, sitting in the sand as the lovers from the movie “From Here to Eternity” roll around in the surf. And there he is, relaxing outside the meat store from “The Sopranos.”

Christie is getting blistered online and in the real world after he was photographed with his family soaking up the sun on a beach that he had closed to the public over the Fourth of July weekend because of a government shutdown. 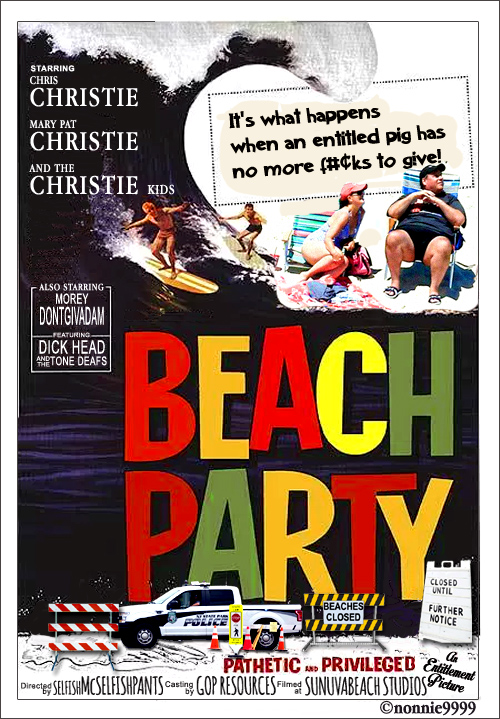 END_OF_DOCUMENT_TOKEN_TO_BE_REPLACED

When did he know? The sus-pence is killing me!

But questions about what Pence knew and when are swirling thanks to new media reports about what Flynn revealed to Trump’s transition team, which Pence oversaw.

END_OF_DOCUMENT_TOKEN_TO_BE_REPLACED

I think it’s the GOP that made a rookie mistake

WASHINGTON — Alarm and condemnation erupted Thursday from European capitals, the White House and leaders of Donald Trump’s own party after the Republican presidential nominee suggested the United States might abandon its NATO military commitments if he were elected president.

Senate Republican leader Mitch McConnell, who backed Trump at the party’s national convention only two days earlier, said he totally disagreed with the statement but was willing to “chalk it up to a rookie mistake.”

END_OF_DOCUMENT_TOKEN_TO_BE_REPLACED

When a resident in this hard-hit town approached Christie on Wednesday to complain that FEMA had failed to help his neighborhood in the past, the governor assured him that his buddy in the Oval Office would make it right.

“Don’t you worry, pal,” said Christie […] “I will be with the president this afternoon.”

New Jersey governor and almost-2012-candidate Chris Christie made headlines with his decision to endorse former Massachusetts governor Mitt Romney on Tuesday, on the eve of a presidential debate. Here’s a look at the potential impact of his endorsement.

Why it won’t matter:

Polls suggest, despite the clamor in Washington and New York about Christie, that he’s not that well known or extremely popular among Republican voters. A Washington Post/ABC News poll last week suggested a majority of Republicans either didn’t have an opinion or didn’t want the New Jersey governor to run for president.

So it’s not clear how many voters will be persuaded by his endorsement.

END_OF_DOCUMENT_TOKEN_TO_BE_REPLACED

Who needs a wake-up call with all that caffeine?

From George Zornick at THE Nation:

According to [POLITICO’s] Mike Allen’s “Playbook”—a daily memo of DC conventional wisdom—the biggest story of the day involves remarks by the CEO of Coca-Cola about the horrid US tax structure. Muhtar Kent says [at the Clinton Global Initiative] that his company finds it easier to do business with China and Brazil than the United States because of our antiquated and unfair tax code […]

Allen breaks his supposed journalistic objectivity for a moment, and dubs this plea for lower corporate tax rates a “chilling story” that will “drive debate for ’12 and SuperCommittee.” He adds that “This is a massive wakeup call for official Washington…. The Coke dude’s sentiments, which we hear CONSTANTLY and CONSISTENTLY from executives around the country, explain why an independent presidential candidate could have historic support, and why big money is panting after New Jersey Gov. Chris Christie.” (Emphasis is his). 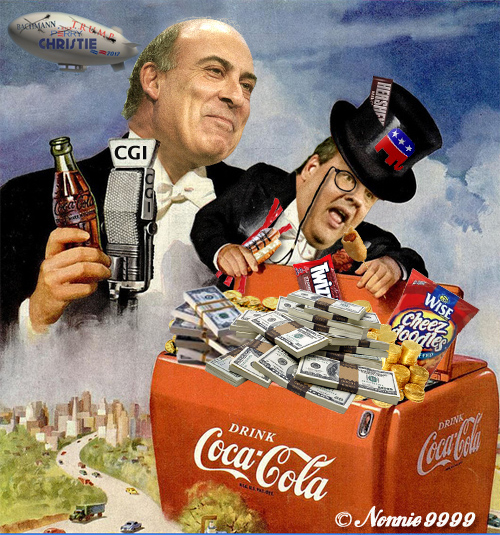