END_OF_DOCUMENT_TOKEN_TO_BE_REPLACED

AMES, Iowa — Mitt Romney became the target of mocking criticism on Sunday from several of his Republican presidential rivals — except Newt Gingrich, whose silence underscored his growing confidence as the party’s nominating contest enters a critical week featuring the final televised debate of the year.

A day after Mr. Romney unwittingly created a fresh punch line when he extended his hand during a debate and tried to make a $10,000 bet with Gov. Rick Perry of Texas to settle a disagreement over health care, Mr. Perry said that the exchange was the latest sign that his opponent was out of step with most voters.

END_OF_DOCUMENT_TOKEN_TO_BE_REPLACED

Republican Presidential candidate Rep. Michele Bachmann (Minn.) came out swinging against rival GOP contenders Mitt Romney and Newt Gingrich on Sunday as she aimed to paint them similar to President Obama on healthcare, cap and trade and the bank bailouts, dubbing them “NewtRomney.”

The Minnesota congresswoman slammed former Massachusetts Gov. Romney and former Speaker of the House Gingrich for being “on the same side” of the healthcare issue as Obama a charge she levelled at her opponents during Saturday’s GOP debate. 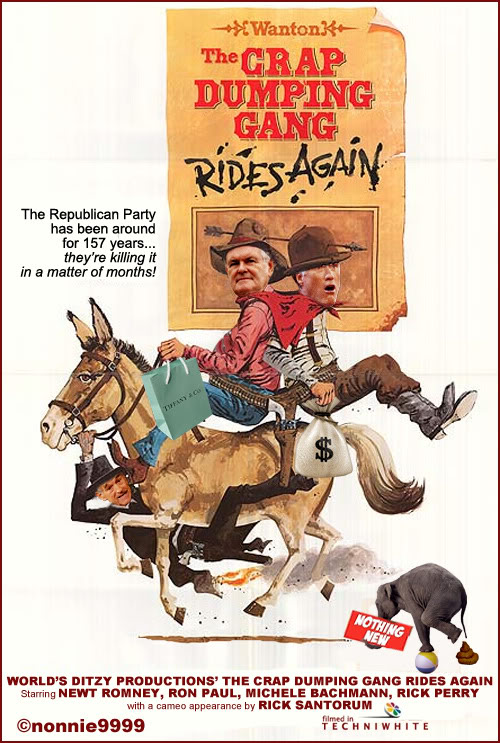 END_OF_DOCUMENT_TOKEN_TO_BE_REPLACED

He even flip-flops on his name!

Early stumbles at Tuesday’s GOP foreign policy debate had little to do with policy — instead, the Republicans vying for their party’s presidential nomination struggled with names.

First, Mitt Romney tried to play off of a joke by debate moderator Wolf Blitzer. Blitzer asked candidates to give short introductions, joking, “Here’s an example of what I’m looking for:  I’m Wolf Blitzer and yes, that’s my real name. I’ll be your moderator this evening and I’m happy to welcome each one of you to our debate.”

When the introductions turned to Romney, he opened with, “I’m Mitt Romney and yes, Wolf, that’s also my first name.”

But as political watchers were quick to note, Romney’s first name is not Mitt — it’s Willard. Mitt is Romney’s middle name. 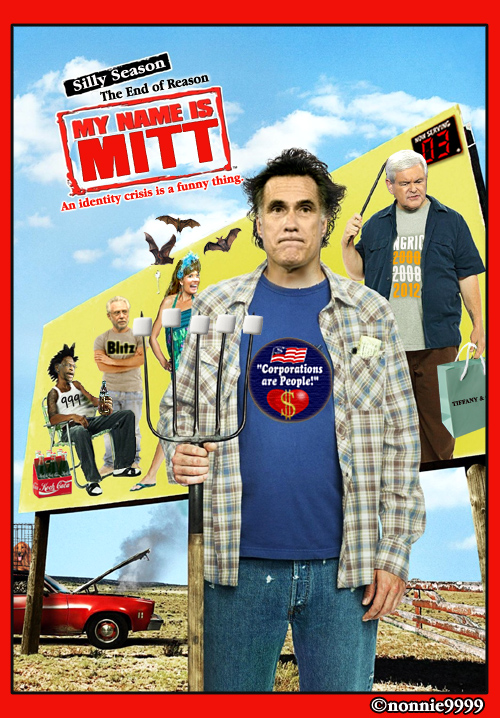 END_OF_DOCUMENT_TOKEN_TO_BE_REPLACED

The Texas governor sensationally self-destructed in one of the most cringe-worthy moments in debate history last night when he forgot one of the chief elements of his own economic plan.

Trying to explain the three government agencies he would axe, the one-time Republican favorite crashed and burned as he tried in vain to remember them all. 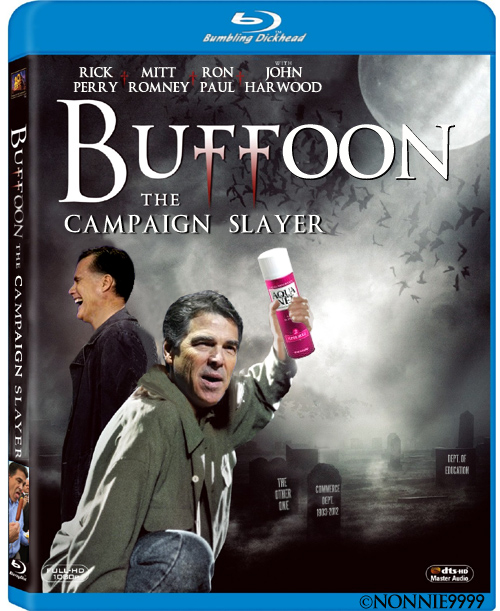