Congressional leaders have until Aug. 16 to name the 12 members of the newly created “supercommittee” to deal with reducing the deficit, but special interest groups are wasting no time in pushing their choices for the panel.

The debt-ceiling-increase legislation enacted Tuesday created a bicameral, joint committee of 12 legislators charged with finding at least $1.2 trillion in deficit cuts by Nov. 23.

Failure to come up with a plan will result in deep automatic defense and Medicare cuts.

One wrong pick, lobbyists on the right and left said Wednesday, could swing the panel toward a terrible compromise. So they are not taking chances.

These sources are already urging leaders to pick top lieutenants who will stick to party positions — no entitlement cuts for Democrats and no tax increases for Republicans.

The Gang’s All Somewhere

For months, as a group of senators known as the “Gang of Six” secretively holed up in the Capitol, their unusual bipartisan meetings frequently included some version of the doomsday speech. 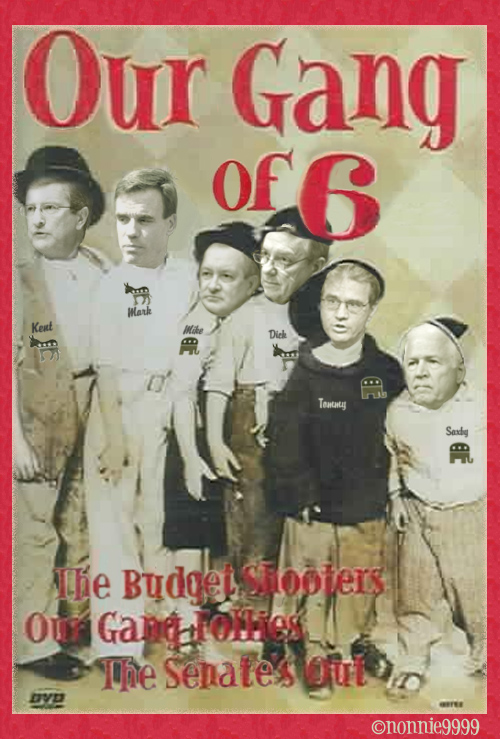