HELSINKI (Reuters) – Standing side-by-side with Vladimir Putin, U.S. President Donald Trump on Monday refused to blame the Russian leader for meddling in the U.S. 2016 election, casting doubt on the findings of his own intelligence agencies and sparking a storm of criticism at home.

END_OF_DOCUMENT_TOKEN_TO_BE_REPLACED

Amidst the political upheaval in Egypt, conservatives are scare-mongering about the possible Muslim Brotherhood takeover of Egypt. But leading neoconservative Frank Gaffney is taking Muslim Brotherhood fearmongering to new heights. This past weekend, Gaffney was a featured speaker at the Educational Policy Conference in St. Louis, an annual gathering of social conservatives. Gaffney used the opportunity to discuss how the Muslim Brotherhood is not only poised to implement a new theocracy in Egypt, but is also operating in the United States under “front groups” like the Council on American-Islamic Relations, a civil liberties group dedicated to “protecting the rights of all Americans, regardless of faith.”

Rotten to the Core

Today we’re releasing the declassified report of the Senate Armed Services Committee’s investigation into the treatment of detainees in U.S. custody. […] In my judgment, the report represents a condemnation of both the Bush administration’s interrogation policies and of senior administration officials who attempted to shift the blame for abuse – such as that seen at Abu Ghraib, Guantanamo Bay, and Afghanistan – to low ranking soldiers. Claims, such as that made by former Deputy Secretary of Defense Paul Wolfowitz that detainee abuses could be chalked up to the unauthorized acts of a “few bad apples,” were simply false. 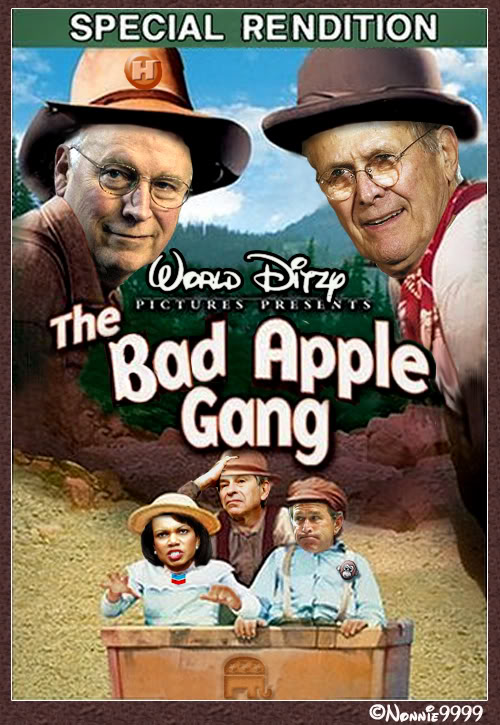