Science Friction: A Canary in the Batshit Cave?

Jon M. Huntsman Jr., a former Utah governor who has been stuck in the second tier of candidates for the Republican presidential nomination, took an assertive new tone during a televised interview Sunday, saying that recent remarks by two of his major rivals were “extreme” and “unrealistic.”

He was referring, respectively, to two of the most conservative Republican candidates for president — Gov. Rick Perry of Texas and Rep. Michele Bachmann of Minnesota — both of whom have overshadowed him in surveys of Republican voters. 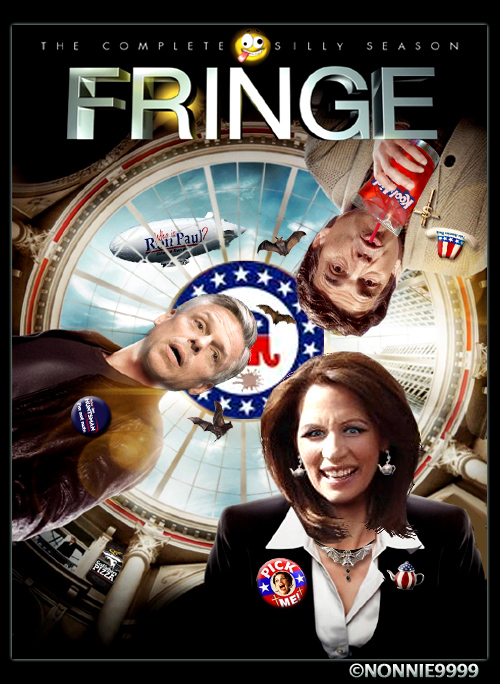 Thursday morning in Washington began with what has become a yearly ritual. The executives from the big five oil companies got to answer questions about their government subsidies in the wake of huge quarterly profits.

Senate Finance Committee Chariman Max Baucus wanted to know exactly why the “Big Five” felt they should continue to get $4 billion in taxpayer subsidies while enjoying profits of $31 billion during the first quarter of 2011 alone.

While many reports will make note of the hearing’s circus atmosphere that included Sen. Orrin Hatch’s unveiling of a picture of a dog sitting on a pony after saying he didn’t want the hearing to be about cheap political stunts, there was some actual tension in the room that didn’t require any stunts to feel. 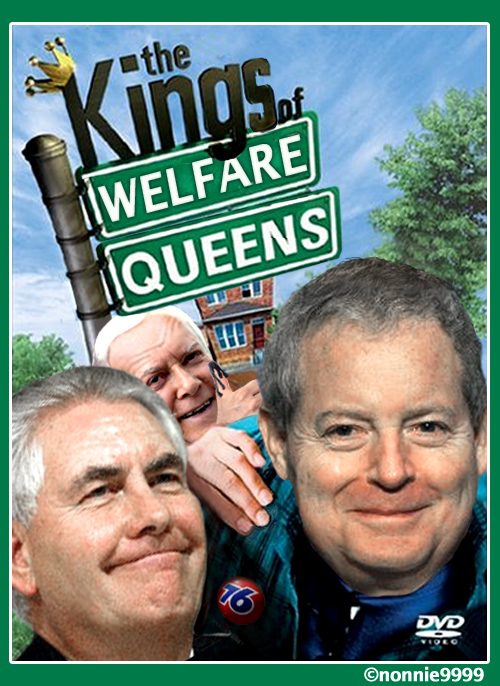 END_OF_DOCUMENT_TOKEN_TO_BE_REPLACED

Democrats are pushing hard on ending tax breaks for oil companies, linking the issue to the deficit and high gas prices, which have boosted profits in the industry to new heights.

In a floor speech on Tuesday, Majority Leader Harry Reid (D-NV) said the Senate would target $4 billion in benefits for oil companies with the intention of using the savings to help address the nation’s growing debt.

“If we’re serious about reducing the deficit, this is an easy place to start,” Reid said. “It’s a no-brainer. Let’s use the savings from these taxpayer giveaways to drive down the deficit, not drive up oil company profits.”

END_OF_DOCUMENT_TOKEN_TO_BE_REPLACED

How Kudlow Can You Get?

In these tough economic times, isn’t it nice to know that calamitous natural disasters needn’t have an adverse affect on your investment portfolio? After the 8.9-magnitude earthquake in Japan failed to induce a market nosedive, CNBC’s Larry Kudlow expressed his relief in terms that seemed to appall even his fellow cheerleaders for capitalism: “The human toll here,” he declared, “looks to be much worse than the economic toll and we can be grateful for that.”

END_OF_DOCUMENT_TOKEN_TO_BE_REPLACED

I was a little sentimental, as I sometimes get at the end of the year, and I thought a little retrospective sing-along might be in order.

To the tune of My Way, written by Revaux and Claude François, English words by Paul Anka, as performed by Francis Albert Sinatra:
END_OF_DOCUMENT_TOKEN_TO_BE_REPLACED

Princess Sarah and the Horse$hit Whisperer

From CNN’s Jack Cafferty
There is a reason the McCain campaign keeps Governor Sarah Palin away from the press.

This is a direct excerpt from Katie Couric’s One-On-One interview with Sarah Palin, which aired Wednesday on CBS.

COURIC: Why isn’t it better, Governor Palin, to spend $700 billion helping middle-class families struggling with health care, housing, gas and groceries? … Instead of helping these big financial institutions that played a role in creating this mess?

PALIN: Ultimately, what the bailout does is help those who are concerned about the health care reform that is needed to help shore up the economy– Oh, it’s got to be about job creation too. So health care reform and reducing taxes and reining in spending has got to accompany tax reductions.

If McCain wins, this woman will be a 72-year-old heartbeat away from being president of the United States.