If Rick Santorum isn’t sexy enough for you, here’s Thaddeus!

Thaddeus McCotter, a US Representative from Michigan whose agenda appeals to tea party activists, announced his bid Saturday to win the Republican presidential nomination.

Rep. McCotter champions lower federal taxes, energy independence from foreign sources of oil, he is against illegal immigrants receiving government benefits and he endorses the concept of American “exceptionalism” regarding foreign policy. 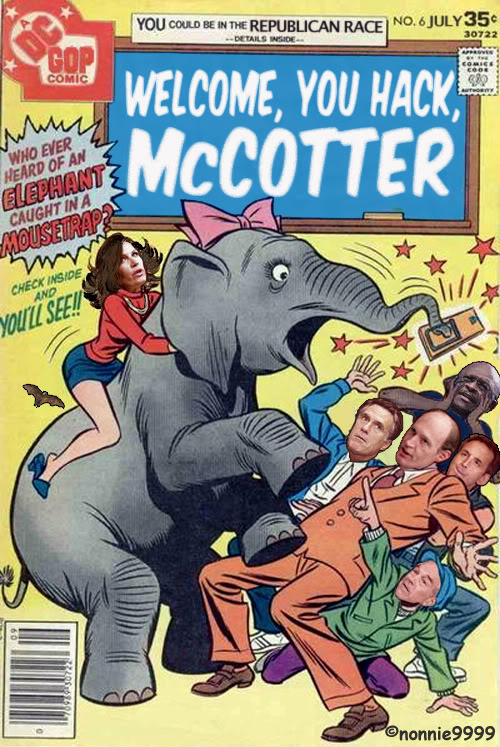 END_OF_DOCUMENT_TOKEN_TO_BE_REPLACED

If they ever make a movie about Batshit Michele Bachmann, Fran Drescher would be a good choice for the lead, but who would ever have thought that Batshit Bachmann could have played the role that made Fran Drescher famous?

From George Will (who apparently has nothing better to do or opine on) at The Washington Post:

WASHINGTON — When Marcus Bachmann came home that Saturday evening in 2000 he checked the telephone answering machine and was mystified by the many messages congratulating his wife for something. “Michele,” he said, “do you have something to tell me?” She did.

The state senator from her district in suburban Minneapolis-St. Paul had been in office for 17 years, had stopped being pro-life [he became anti-life?] and started supporting tax increases, so that morning she had skipped washing her hair, put on jeans and a tattered sweatshirt and went to the local Republican nominating caucus to ask him a few pointed questions. There, on the spur of the moment, some similarly disgruntled conservatives suggested that she unseat the incumbent. After she made a five-minute speech “on freedom,” the caucus emphatically endorsed her and she handily won the subsequent primary.

After six years in the state Legislature, she ran for Congress and now, in her second term, has become such a burr under Democrats’ saddles that recently The New York Times profiled her beneath a Page One headline: “GOP Has a Lightning Rod, And Her Name Is Not Palin.” She is, however, a petite pistol that occasionally goes off half-cocked.

Two things, George. First, that story sounds like something a legend in her own mind would make up. Second, half-cocked? Projecting, perhaps? Is that why you don’t like blue jeans? (Click on that link, dammit. It’s to a post I did on ol’ George over at the Big Orange, complete with lots of pix)

I was a little sentimental, as I sometimes get at the end of the year, and I thought a little retrospective sing-along might be in order.

To the tune of My Way, written by Revaux and Claude François, English words by Paul Anka, as performed by Francis Albert Sinatra:
END_OF_DOCUMENT_TOKEN_TO_BE_REPLACED

Who Ya Gonna Call?

(CNN) — Senate Democrats and the White House failed to find 60 votes to end debate on a $14 billion auto bailout bill and bring it to a vote Thursday night, killing the measure for the year.

The 52-35 vote followed the collapse of negotiations between Senate Democrats and Republicans seeking a compromise.

From David Welch at Business Week:

On CBS’ “Face the Nation” today, Senator Chris Dodd (D-Conn.) said that General Motors Chairman and CEO Rick Wagoner should “move on.” That could mean that Dodd and other members of Congress will ask for Wagoner’s resignation before voting on a loan package for GM and Chrysler next week.

Nov. 27 (Bloomberg) — General Motors Corp., criticized by U.S. lawmakers for its use of corporate jets, asked aviation regulators to block the public’s ability to track a plane it uses.

Can you say Chimpy/Cheney/Rethuglican move?

END_OF_DOCUMENT_TOKEN_TO_BE_REPLACED

WASHINGTON — Democratic leaders in Congress called on Detroit’s automakers Friday to submit “credible” financial plans to lawmakers by Dec. 2 for spending up to $25 billion in government money, including vows for “significant sacrifices” by top executives.

Oh, c’mon, Dems, your lips tell them no no, but there’s yes yes in your eyes…. 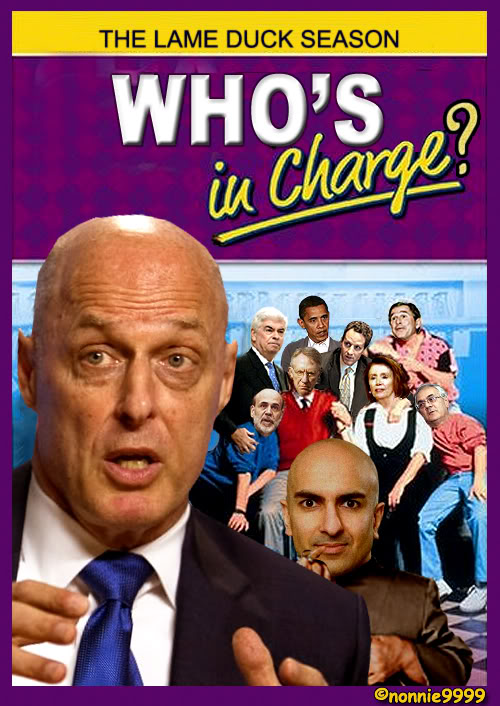