Hot Town, Summit in the City

(Reuters) – U.S. President Donald Trump made a stunning concession to North Korean leader Kim Jong Un on Tuesday about halting military exercises, pulling a surprise at a summit that baffled allies, military officials and lawmakers from his own Republican Party. 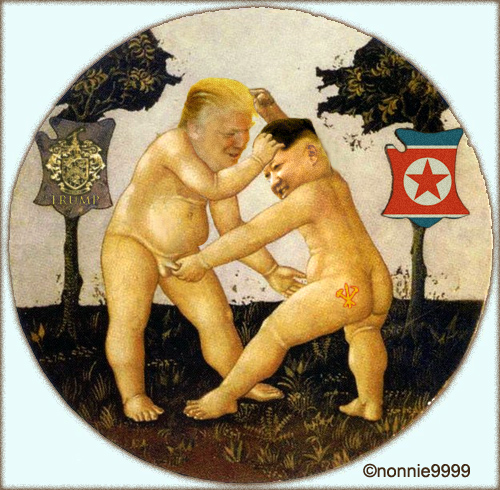 END_OF_DOCUMENT_TOKEN_TO_BE_REPLACED

The photo, taken by Mary Altaffer of the Associated Press, shows Trump’s homeland security secretary turned chief of staff holding his face in his hand while listening to his boss, with First Lady Melania Trump seated in front of him.

The photo quickly made the rounds on Twitter, where many shared Kelly’s apparent distress over the president’s first speech at the U.N. in which he called North Korean leader Kim Jong-un a “rocket man on a suicide mission” and threatened to “totally destroy” the East Asian country. 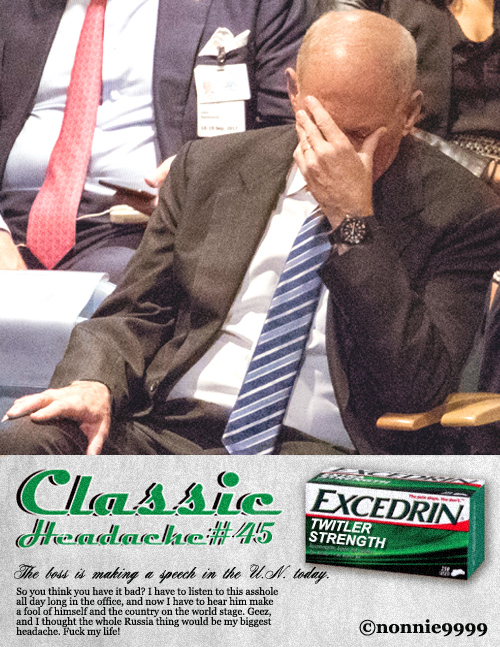 END_OF_DOCUMENT_TOKEN_TO_BE_REPLACED

(CNN) President Trump’s fierce warning to North Korea was improvised in the moment, not part of a scripted statement that he prepared to deliver Tuesday, according to three people with knowledge of the remarks.

Trump has long been bothered by North Korean Leader Kim Jong Un’s threats against the United States and has privately vented about a powerful United States response to the rogue nation. His statement on Tuesday, flanked by top White House aides and his new chief of staff Gen. John Kelly, mimics those private remarks, a source said.

Two questions, kids. First, would anyone else put money on that quote being penned by Stephen Miller, and second, did anyone else immediately think of this:

(Scroll down for another image from Up)

END_OF_DOCUMENT_TOKEN_TO_BE_REPLACED

US President Donald Trump has said he would be “honoured” to meet North Korean leader Kim Jong-un, in the right circumstances.

“If it would be appropriate for me to meet with him, I would – absolutely. I would be honoured to do it,” he told news organisation Bloomberg on Monday.

The previous day he described Mr Kim as a “pretty smart cookie”.