President Trump did not imply he was smarter than Secretary of State Rex Tillerson, his top spokesperson said Tuesday, claiming his offer for both to take an IQ test was a joke.

“The president certainly never implied that the secretary of State was not intelligent. He made a joke. Nothing more than that,” White House press secretary Sarah Huckabee Sanders told reporters Tuesday.

Hahaha. Another Twitler so-called joke goes over like a lead balloon. 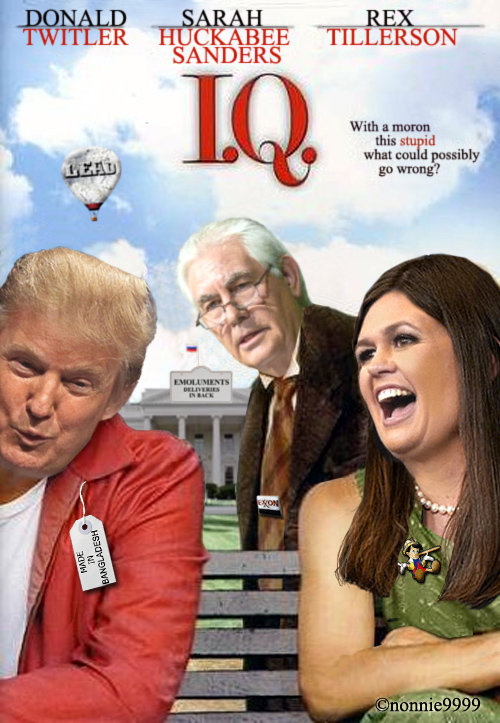