From THE CHRISTIAN SCIENCE MONITOR:

The sordid tale of former Sen. John Ensign (R) of Nevada is casting its dark ethical – and perhaps legal – shadow wider and wider in Washington.

Aside from the likelihood that Ensign will face criminal charges, recent revelations don’t paint a very good picture of Sen. Tom Coburn, former senator and presidential candidate Rick Santorum, nor the Justice Department. 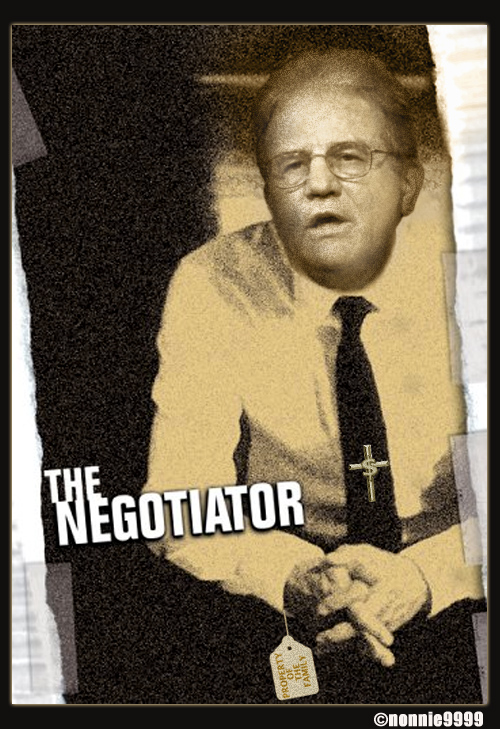 Nevada Sen. John Ensign, facing an ethics investigation stemming from an affair with a campaign aide, said Monday he would not seek reelection because he wanted to spare his family from an “exceptionally ugly” campaign.

“At this point in my life, I have to put my family first,” Ensign told reporters at a news conference in Las Vegas.

The Junior Senator From Neva-duhhhh

Last summer, Sen. John Ensign was with his wife, Darlene, at Palace Station for a meeting of Nevada Republican women.

It was a somewhat awkward venue, coming soon after he had confessed to an affair with his best friend’s wife, Cynthia Hampton, who had been Ensign’s campaign treasurer and whose husband, Doug Hampton, had been his Senate co-chief of staff.

Ensign’s chrome-colored hair just so and his shirt stiffly starched, as always, he plowed ahead.

“I want to first acknowledge my lovely bride. My wife, Darlene, is here. Anybody who does this job knows that, without a very supportive spouse, we wouldn’t be able to accomplish the things we were able to accomplish, especially when I go to Washington,” he said, awkwardness filling the air as if from a leaky propane tank. 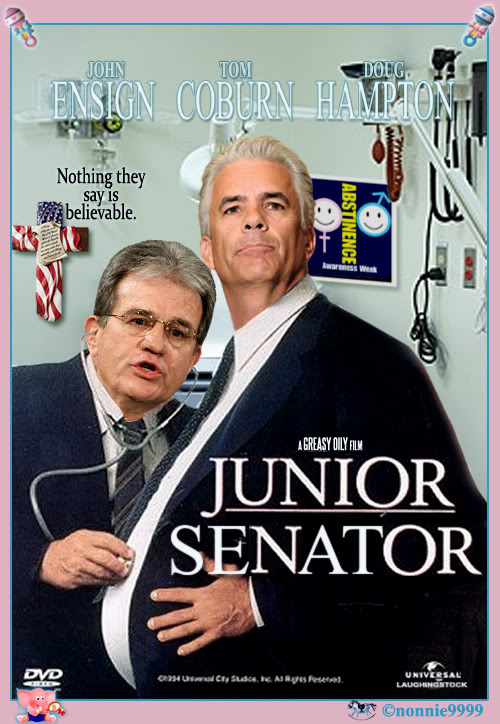