“Recently I asked the company to allow me to leave FOX News and begin a new chapter. After requesting that I stay, they graciously obliged. The opportunities afforded this guy from small town Mississippi have been many,” Smith said in a statement.

Nope, don’t think so! There’s another reason why Shep got the axe. 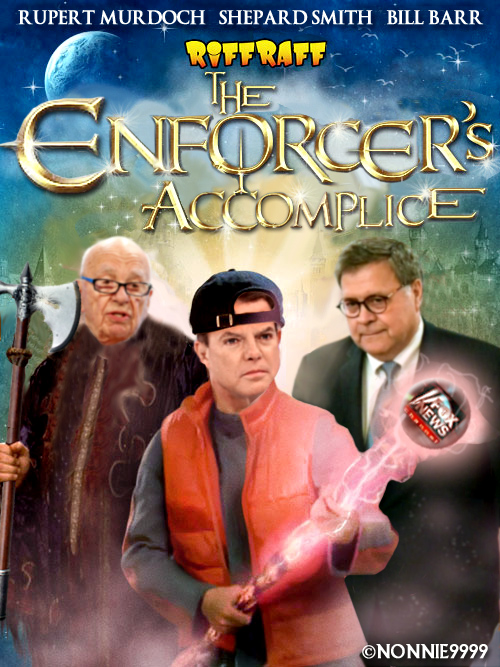 END_OF_DOCUMENT_TOKEN_TO_BE_REPLACED

From John Avlon at THE DAILY BEAST:

The cycle of over-reach and backlash is in over-drive these days—with significant implications for the 2012 presidential election. In pivotal swing-states where voters narrowly elected Republican governors in 2010—like Florida and Ohio (with 47 electoral votes between them)—evidence of buyer’s remorse is piling up fast.

But instead of consolidating support by reaching out and winning over the reasonable edge of the opposition, as popular past Republican governors like Jeb Bush and Charlie Crist have done, Scott continued with his campaign posture of refusing to talk to the press. He canceled a $2 billion federal high-speed rail project and is seeking to delay (and functionally deny) implementation of an anti-gerrymandering reform ballot referendum overwhelmingly passed in 2010.

Now Rick Scott finds himself the least popular newly elected governor in Florida history. It’s not just a matter of the honeymoon being over—this looks like a drunken Vegas marriage heading for a shotgun divorce. 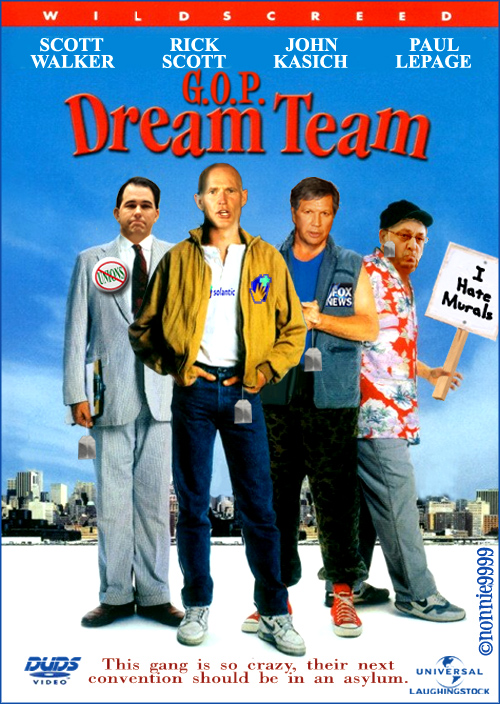 Mississippi Gov. Haley Barbour has decided against running for the 2012 Republican presidential nomination.

Barbour, long a member of the national GOP Party establishment as a one-time chair of the Republican National Committee chair, said he couldn’t guarantee his supporters that he had the all-consuming “fire in the belly” it takes to wage the kind of campaign it takes to get the nomination, let alone to try and beat an incumbent president.

And whatever fire he did have might have been dampened by polls that gave him very little encouragement.

END_OF_DOCUMENT_TOKEN_TO_BE_REPLACED

A group called Public Policy Polling (PPP) discovered the obvious: Floridians are having some dramatic buyer’s remorse when it comes to electing fraudster Rick Scott as governor.
xxxxx
A poll of 500 Floridians found that his approval rating from diehards remained about the same as a similar PPP poll in December — 32 percent. But the percentage of those who disapprove of the governor rose from 43 percent all the way up to 55 percent. 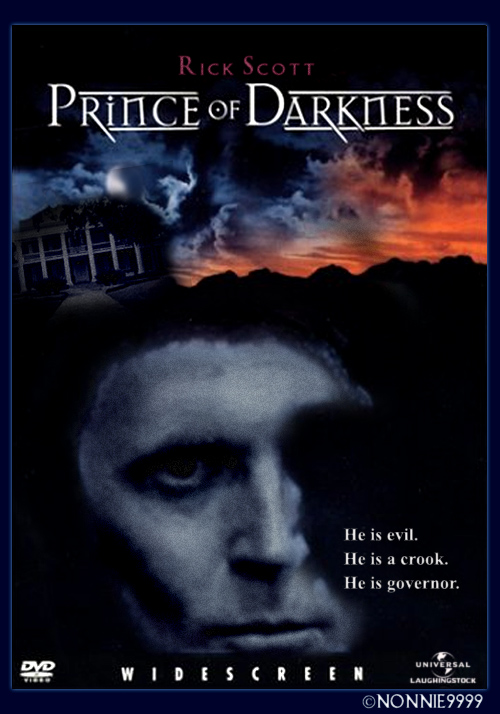 A new survey of Minnesotans shows that a majority of residents — 56 percent — are embarrassed by Rep. Michele Bachmann.

END_OF_DOCUMENT_TOKEN_TO_BE_REPLACED

In his first 100 days as president, Barack Obama has marshaled a potent array of political weapons to keep himself at the top of public opinion polls – a blend of skillful communication and messaging, unprecedented voter outreach and the creative use of technical, youth-oriented organizing tools never before seen in American presidential politics.

Republican National Committee Chairman Michael Steele can complain all he wants about “teleprompter” politics – and the “permanent campaign” of the Democratic president – but in his short time in office, the 44th president has used more than a teleprompter to keep his poll numbers high and his public image burnished.

END_OF_DOCUMENT_TOKEN_TO_BE_REPLACED

From James Zogby at the Gulf Daily News:

In the weeks leading up to the Supreme Court decision ending the 2000 election, my brother, John Zogby, polled Democrats and Republicans, asking each whether or not they would respect the outcome of the contest and view as “legitimate” the presidency of either George W Bush or Al Gore. Two-thirds of Democrats said that, despite their misgivings about the process, they would still respect the outcome and see Bush as the “legitimate” president. Less than one-third of Republicans said that they would respect Gore as “legitimate.”

Based on this finding, John expressed concern, at the time, that should Gore be declared the winner, Republicans would mount a rather strident opposition, doing their best to obstruct his presidency.

In any case, the Supreme Court ruled in Bush’s favour and Gore, ever the statesman, conceded, urging his supporters to unify the country. And so, despite hard feelings about the way the GOP had hounded Bill Clinton, almost derailing his presidency with endless investigations and an impeachment, and the ugliness and heat of the post-election drama, Democrats accepted the Bush presidency. After ten years as the dominant force in Congress, Republicans lost control of both houses in the 2006 election. And then, in 2008, their eight-year hold on the White House came to an end. Barack Obama’s victory, unlike the contests of 2000 and 2004, was neither close nor controversial. It was decisive. Nevertheless, it appears from their behaviour, Republicans simply refuse to accept the fact that they have lost the White House and Congress. Their rhetoric is harsh and unyielding.

From the Guardian Unlimited:

Without clear frontrunners in the US primaries, pressure is mounting on New York mayor Mike Bloomberg to make a decision on launching an independent bid for the presidency.

He has talked with potential running mates; he has criticised candidates on policy; he has been flattered and encouraged by cover stories in Time and Newsweek; and he has paid for polling in every state to gauge potential support.

But officially, at least, the self-made multi-billionaire is sticking to his coy position: denying interest in a possible White House bid while his political team continues to lay the groundwork and infrastructure for one. 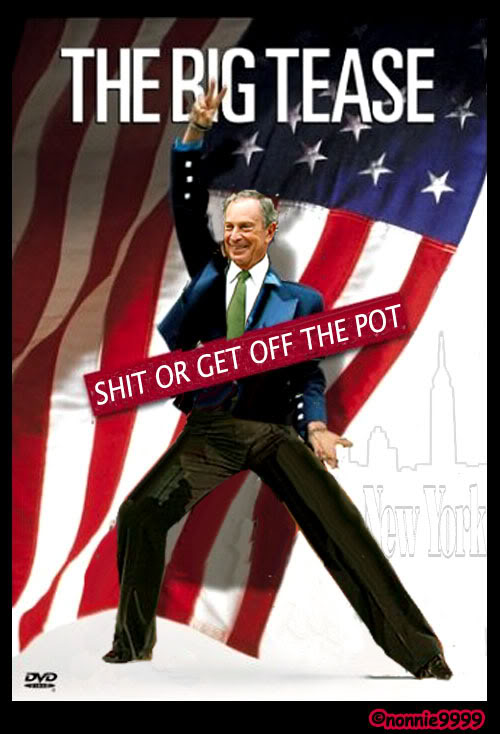