The billionaire Koch brothers, Charles and David, spread their money far and wide. They fund free-market think tanks, right-leaning academic organizations, and conservative political advocacy groups, such as the Americans for Prosperity Foundation, which helped cultivate the tea party. The political action committee for the Kochs’ massive conglomerate, Koch Industries, has also given generously to big-name conservative politicians throughout the country at both the federal and state level. But when it comes to the 2012 presidential race, the Kochs have been more selective with their giving, with only one presidential candidate so far benefiting from their largesse: Rep. Michele Bachmann (R-Minn.). 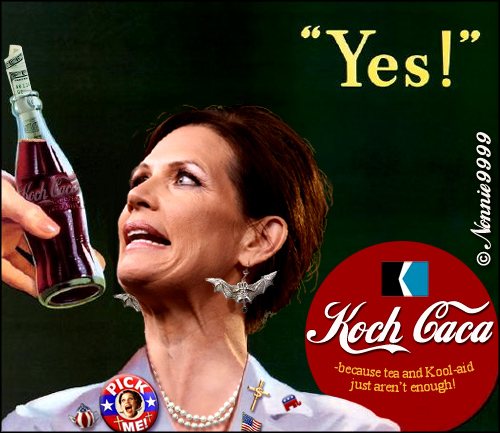