The Date of the Union

From The Houston Chronicle:

There was U.S. Rep. Sheila Jackson Lee, D-Houston, in her coveted State of the Union perch along the aisle. Wearing an eye-catching lime-green jacket, she got her brief moment of TV exposure and a handshake from President Barack Obama, as usual, as the president made his way into the august chamber of the House.

This time, though, instead of sitting in a bloc with her fellow Democrats, Lee sat beside a real live Republican, U.S. Rep. Pete Olson of Sugar Land.

The two Houston lawmakers were enthusiastic participants in the State of the Union “date night,” a bipartisan gesture prompted by the shooting of U.S. Rep. Gabrielle Giffords, D-Ariz., earlier this month.

The pre-speech curiosity was almost Oscar-night giddy — or maybe prom-night giddy — as lawmakers over the past several days paired off. 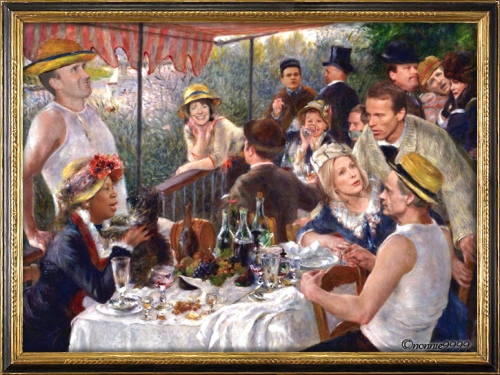