It’s a major loss for Republicans in a state where they hold supermajorities in both chambers of the state legislature, both US Senate seats, and five out of the state’s six House seats. Bevin pulled out all the stops to clinch a win; President Donald Trump rallied in Lexington, Kentucky, Monday night ahead of the election to turn out voters. But even that last-ditch effort wasn’t enough — a sign that Trump’s influence isn’t omnipotent. 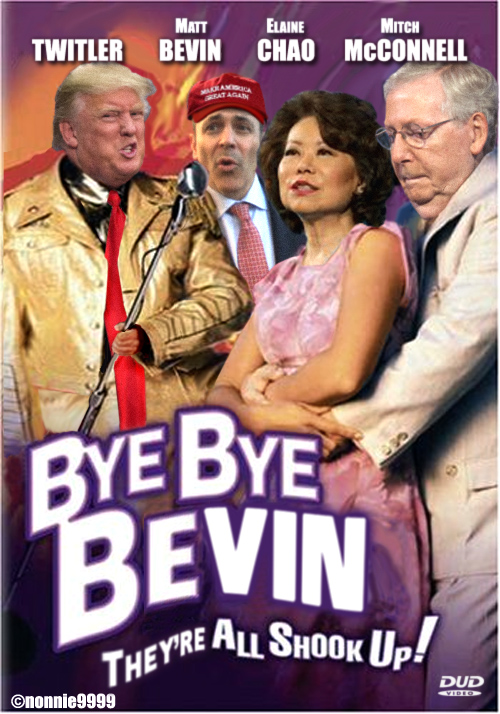 END_OF_DOCUMENT_TOKEN_TO_BE_REPLACED

Honey, They Skunked the Kids

WASHINGTON — The Senate on Tuesday confirmed school choice advocate Betsy DeVos as Education secretary by the narrowest of margins, with Vice President Mike Pence breaking a 50-50 tie in a historic vote.

Two Republicans joined Democrats in the unsuccessful effort to derail the nomination of the wealthy Republican donor. The Senate historian said Pence’s vote was the first by a vice president to break a tie on a Cabinet nomination.

END_OF_DOCUMENT_TOKEN_TO_BE_REPLACED

A Poisoned Apple for Teacher

Presidential candidate Rick Perry has touted Texas’ thriving economy as a sign that he would make an excellent economic steward, but one of his proposals might not do so well on a national scale: a plan to let Wall Street gamble on when retired Texas teachers would die.

According to notes of a meeting provided to The Huffington Post, Perry’s budget director Mike Morrissey advanced a plan in which investors from Swiss banking firm UBS profited from teachers’ deaths by purchasing life insurance policies on them. A fee for arranging the deals would accrue to Texas, which Morrissey said could eventually generate as much as $700 million for Texas.While Perry’s office has repeatedly denied explicitly backing the scheme, maintaning that the governor was simply keeping an open mind by listening to the proposal, an attendee at a meeting where the idea was pitched to teachers’ groups told The Huffington Post that the governor was fully behind the idea. Insurance Commissioner Jose Montemayor, a Perry appointee, was a particularly enthusiastic advocate.

Is this what happens when you put a CEO in charge of state government?

Those experienced in dealing with the cranky, suspicious class known as hardcore news reporters know the best way to get journalists to do something, is to tell them they can’t — and vice versa.

So it’s hard to understand why anybody in Gov. Rick Scott‘s office thought journalists would actually accede to their request that all photos of the new governor be supplanted by an official photo they distributed Monday [Click link to see the official pic].

The email sent to news outlets said: “Please forward the attached photo of Governor Rick Scott to the appropriate people in your organization who handle graphics, layout and design.  Please use this photo of Governor Scott, rather than any others you may have on file.”

Time for Sean Duffy to Meet the Real World

From the wausau daily herald:

Democrats are getting some amusing mileage out of Rep. Sean Duffy’s recent exchange with a Polk County constituent about his congressional pay.

In a videotape of a town hall meeting in Amery, Duffy, R-Ashland, is seen telling a construction worker who lost his job and now drives a bus that even he was having difficulty making ends meet. As a member of Congress, the Republican

“I struggle to meet my bills right now,” Duffy told the constituent after noting that he has six children and a mortgage, drives a used minivan and is still paying off his student loan. “At this point, I’m not living high off the hog.”

Duffy also pointed out that he resigned from his prosecutor’s job to run for Congress and spent six months without a salary.

Exsqueeze me?  If you can’t afford 6 kids, keep your weewee in your pants, and don’t buy a house if you can’t afford the mortgage payments (isn’t that one of the Rethuglican themes?).  In addition, don’t quit your day job if you can’t afford it, even if it’s to run for Congress.   How ironic that Seanie got his start on The Real World back in 1997, and he still has no clue about it.

From the Sun Journal:

AUGUSTA — Gov. Paul LePage has ordered the removal of a 36-foot mural depicting Maine’s labor history from the lobby of the Department of Labor.

Worker advocates described the move as a “mean-spirited” provocation amid the administration’s high-tension standoff with unions. 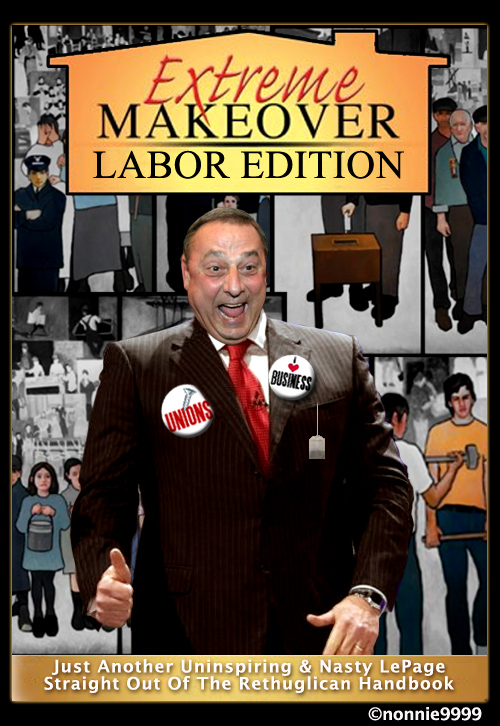 Rep. Michele Bachmann was on a tear: In one of her most fiery stump speeches to date, the tea party leader told a South Carolina audience that the tax code was a “weapon of mass destruction,” that President Obama is “babying” terrorists, that the rich pay too much in taxes, that social issues like marriage and abortion cannot be put on the “back burner,” and that Fox News’ Glenn Beck can solve America’s budget deficit.

“We are looking at a time of bubbles,” Bachmann said, referring to the housing and tech bubbles. She said that Americans are witnessing a “government bubble.”

You’ve probably heard politicians fret that state governments – or, worse, the federal government – will default on their debts. House Speaker John A. Boehner called the prospect of a federal default “a financial disaster not only for our country but for the worldwide economy.”

And why will it be so bad for the economy? Because the powerful actors who make up the entity we loosely refer to as “the market” – that means everyone from banks to hedge funds to China – will go nuts.

This is a crucial fact about the economy: Power matters. It’s worth more, in many cases, than money. And that’s what’s really at issue in Wisconsin.