Shooting Everything, Including Herself in the Foot

At the end of a defensive post about Sarah Palin’s hunting fiasco taped on her TLC show [Sarah Palin’s Alaska], the Wall Street Journal blog finally admits to a final insult out of the whole sorry spectacle:

“True enough. It was a young cow, something most hunters would have passed up, looking for a more impressive trophy.”

The caribou she shot was a young cow.

It’s not going to help Sarah’s image, which in the latest McClatchy-Marist polling has the Tea Party queen trailing the pack. 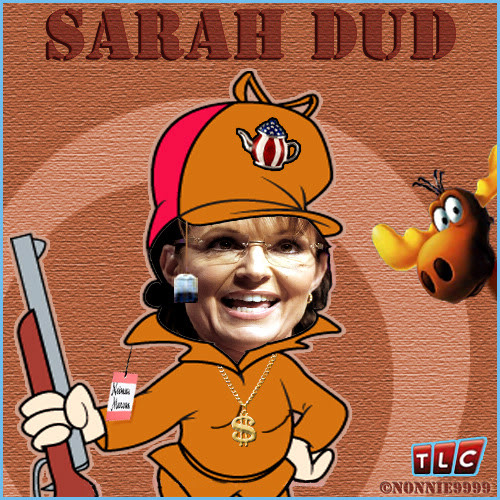