Special Counsel Robert Mueller asked a judge to give immunity to five people who may testify at the bank-fraud trial starting next week against Paul Manafort, President Donald Trump’s former campaign chairman.

Uhoh! Pauly Walnuts had better pretty himself up for his trial! We know how vain he is. 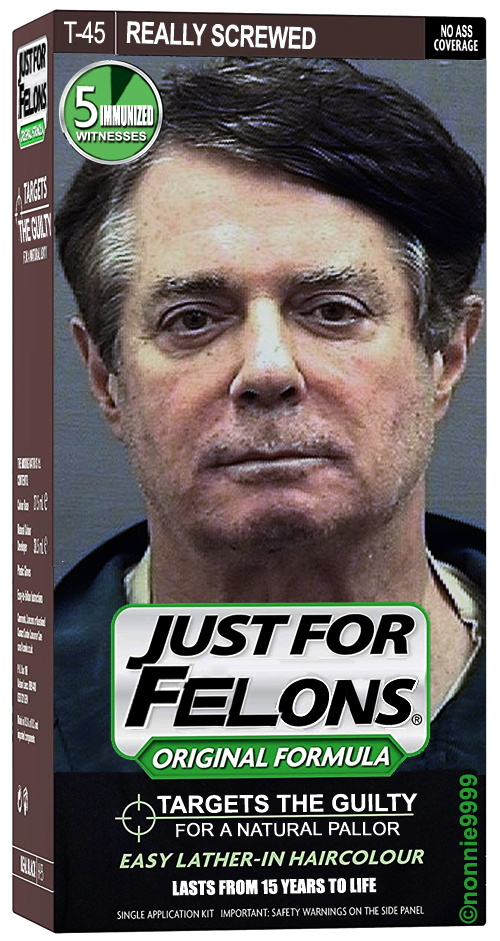 Mueller didn’t identify the witnesses, who haven’t been charged. The five would invoke their constitutional right against self-incrimination and remain silent unless Judge T.S. Ellis III grants them immunity, prosecutors said Tuesday in a court filing in federal court in Alexandria, Virginia. Their names will be made public only if they are called to testify, according to the filing.

Manafort, 69, is accused of bank fraud and tax crimes in the Alexandria case. He would be the first of 32 people charged by Mueller to go to trial. He faces a Sept. 17 trial in Washington on charges of money laundering, obstruction of justice and acting as an unregistered foreign agent of Ukraine.