TALLAHASSEE — The staggering unemployment exploding on President Donald Trump’s watch would worry any incumbent running for reelection, but troubles in Florida are injecting an added dose of fear into a jittery GOP.

Already anxious about Trump’s chances in the nation’s biggest swing state, Republicans now are dealing with thousands of unemployed workers unable to navigate the Florida system to apply for help. And the blowback is directed straight at Trump’s top allies in the state, Gov. Ron DeSantis and Sen. Rick Scott. 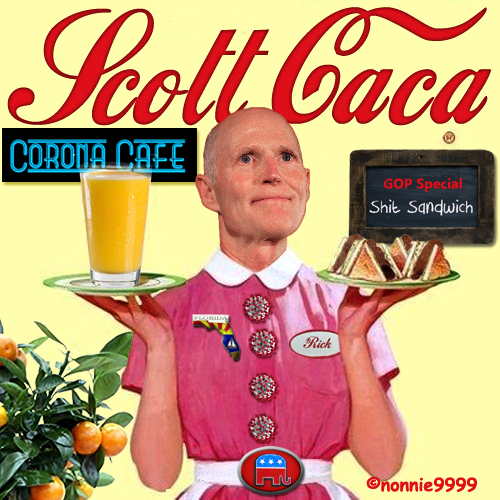 Privately, Republicans admit that the $77.9 million system that is now failing Florida workers is doing exactly what Scott designed it to do — lower the state’s reported number of jobless claims after the great recession.

“It’s a sh– sandwich, and it was designed that way by Scott,” said one DeSantis advisor. “It wasn’t about saving money. It was about making it harder for people to get benefits or keep benefits so that the unemployment numbers were low to give the governor something to brag about.”

Republican Party of Florida chairman Joe Gruters was more succinct: “$77 million? Someone should go to jail over that.”

Congress last week delivered relief in the form of a $2 trillion stimulus package that directs cash to the unemployed. But to get that money into the pockets of Floridians, the state will have to duct-tape the rickety web-based unemployment system to deliver it.

The new online system was part of a series of changes designed to limit benefits. The ultimate goal — which it delivered on — was to lower unemployment taxes paid by Florida businesses.

Now, as thousands of people try to get help, the system crashes or denies them access. Nearly 400,000 people have managed to file claims in the last two and half weeks. It’s not known how many have tried and failed.

Most of those who do submit applications won’t qualify for aid, and the benefits that are paid out are among the most meager in the country — a maximum of $275 a week.

“This is horrible for people. I don’t want to minimize that,” one DeSantis adviser told POLITICO. “But if we have to look past the crisis, it’s bad for the president and it’s bad for the governor.”

“Rick Scott is the most culpable human being when we look at who’s responsible for the failed system,” Rodriguez said. “But I don’t know of any Republican who resisted these efforts to make Florida the most Scrooge-like state in the nation.”

6 responses to “Direct from Scott’s Bowels”