Okay, the boxes weren’t really empty, but the gesture was. 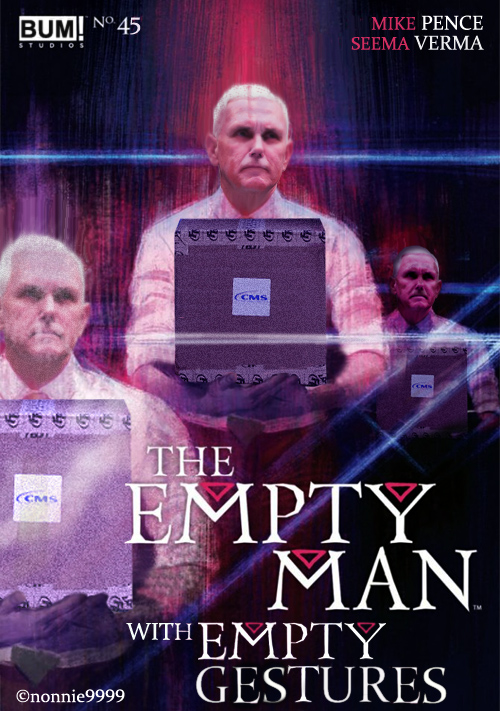 The vice president got roasted on Twitter, on TV and by the campaign of Joe Biden after being caught by a live microphone jokingly offering to carry empty boxes “just for the camera” into a nursing home treating coronavirus cases.

The offer, seemingly made in jest, came during a photo opportunity for media on Thursday at the the Woodbine Rehabilitation and Healthcare Center in Alexandria, Virginia.

During the visit, Pence did lug some boxes off a van which appeared to contain something to the front door of the health facility, which was about 15 feet away.

With him was Seema Verma, the administrator of the federal Centers for Medicare and Medicaid Services.

Pence, who like other visitors outside the facility was not wearing a mask, at one point walked back to the van after several round trips, where there were some other cardboard boxes remaining.

“Those are empty, sir,” Pence was told by a worker, according to video.

Pence replies, “Well, can I carry the empty ones? Just for the camera?” drawing laughter from people around him.

Because people dying from a deadly virus is fucking hilarious.

“Mike Pence pretending to carry empty boxes of PPEs into a hospital is the perfect metaphor for who he is and what he’s doing: A big box of nothing, delivering another box of nothing,” Kimmel cracked.

Kimmel later Friday posted a backhanded apology to Pence on Twitter, writing, “It would appear that @vp was joking about carrying empty boxes for a staged publicity stunt.”

“The full video reveals that he was carrying full boxes for a staged publicity stunt. My apologies. I know how dearly this administration values truth,” Kimmel wote.

Trump last week announced that the Federal Emergency Management Agency would this month begin sending two shipments of the protective gear to each of the U.S.’s more than 15,000 nursing homes.

However, each of those shipments is providing just one seven-day supply of PPE.

NBC News has reported that industry executives call that amount “wholly insufficient” to the needs of nursing homes.

14 responses to “This Veep Ain’t Deep”