Mitt Romney: It is time to withdraw your endorsement of Richard Mourdock.

We can’t go a week in this campaign without another out-of-touch politician showing his true colors on women’s health issues. First, Missouri Senate candidate Todd Akin said, “If it’s a legitimate rape, the female body has ways to try to shut that whole thing down.” Last week, Representative Joe Walsh said that abortion is unnecessary because the life of a mother is never at risk. Just yesterday, Indiana Senate candidate Richard Mourdock said pregnancy as a result of rape is “something that God intended to happen.” 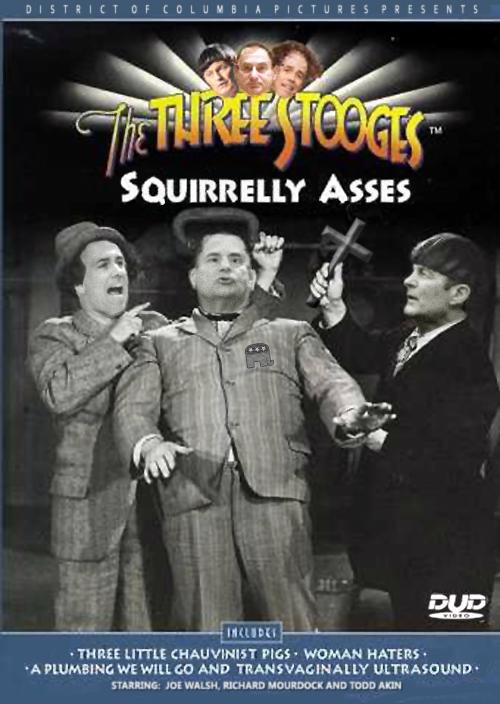 Mourdouck’s response to the outrage his comment created makes it even clearer that he has absolutely no idea about the real-life decisions that a woman and her family may face: “If there was any interpretation other than what I intended, I really regret that…anyone who goes to the video tape and views that understands fully what I meant.”

Yes, we do understand. This isn’t just about what politicians like Richard Mourdock, Todd Akin, Steve King and Joe Walsh say — it’s about the policies they would enact in partnership with a Romney-Ryan administration.

It’s not enough for the Romney campaign to issue a tepid statement “disagreeing” with Richard Mourdock’s appalling remarks. Mitt Romney must rescind his endorsement of Mourdock and demand that Mourdock take down the campaign ads featuring him.

Over the past few weeks, the Romney campaign has worked overtime to mislead voters on Mr. Romney’s agenda for women’s health, even going as far as outright lying about his position on access to birth control. But Romney’s strong endorsement of Mourdock reveals his true beliefs. Even before Mourdock’s outrageous statement yesterday, it was clear he and Mitt Romney share an allegiance to the Republican Party platform, which would ban safe and legal abortion without any exceptions, give full constitutional rights to fertilized eggs, and repeal the birth control benefit.

Since President Obama took office, he has done more than any other president in history for women’s health. President Obama doesn’t need a binder to tell him that pay equity, access to health care, and the ability to make their own health care decisions are what matter to women and their families. Mitt Romney would take our country back not just four years, but forty years when it comes to women’s health.

Sorry for not being around too much lately, kids. On top of the computer still acting up (the damned thing turned itself off before I got a chance to save the poster, and I had to start all over. That’s understandable, though, because this gang turns me off, too), my sister and I have started our own little enterprise, and it’s taking up most of my time. We’re trying to build our very own cakeball empire!  If you want to see what we’ve been up to, click here.