From HIVE at Vanity Fair:

Way back in 2009, when fiscal austerity was still in vogue, Congressman Tom Price was among the most hawkish lawmakers on the issue of government spending. “This is just another example of fiscal irresponsibility run amok,” he cried on CNBC, denouncing the use of private jets by Congress. But at some point, the former orthopedist lost his way. Earlier this year, after he was nominated by Donald Trump to lead the Department of Health and Human Services, reports emerged that Price had “traded more than $300,000 in shares of health-related companies over the past four years while sponsoring and advocating legislation that potentially could affect those companies’ stocks.”

Yes, the good life seemed to go to Price’s head, and the gravy train hasn’t stopped since he joined the Trump administration. Earlier this week, we learned that Price had taken a page from Treasury Secretary Steve Mnuchin’s playbook and decided to spend thousands of dollars in taxpayer money on private jets when commercial flights (or Amtrak, or a car) would have sufficed. 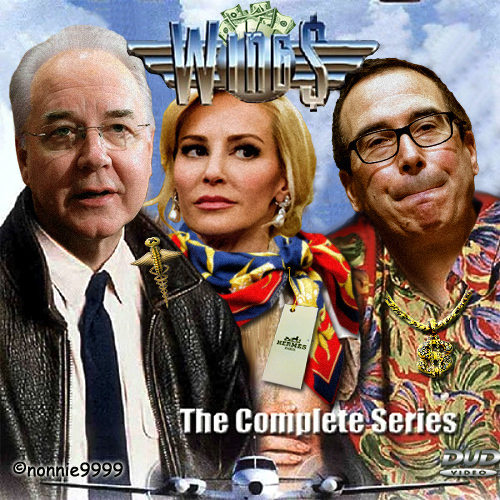