A Koch addiction is a pre-existing condition

‘Repeal and Go Fuck Yourself’ Is in Full Effect

The Graham-Cassidy bill is earning the nickname.

Lindsey Graham has really good healthcare that he definitely won’t lose, even if the moral catastrophe he’s calling a “reform” bill passes the Senate. Graham has cosponsored an Obamacare Repeal and Replace Plan with the impressively mendacious Bill Cassidy and two other Republican heartthrobs. It is somehow worse than the previous plans.

The bill would usher a number of shocking cruelties into law, not least the possibility that as many as 32 million Americans could lose health coverage. That’s 10 percent of the population. 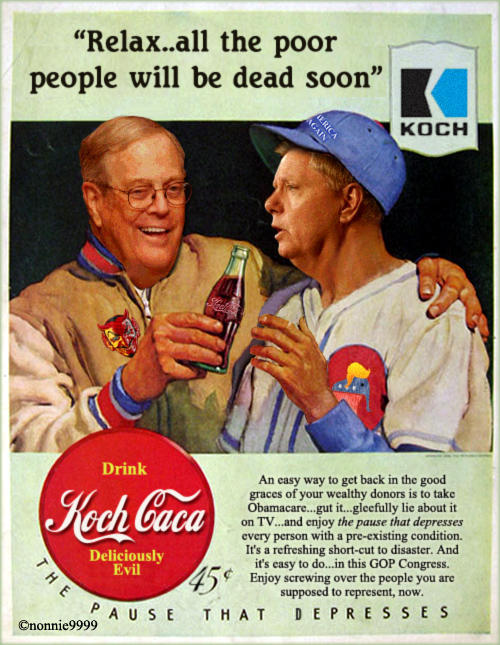