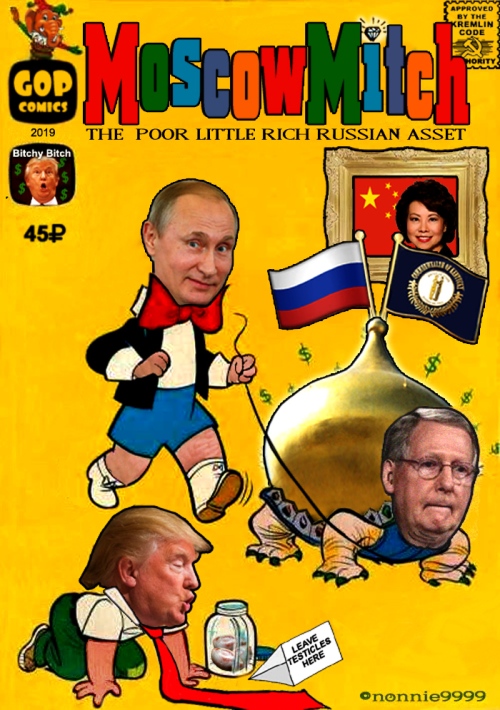 “He is aiding and abetting [Russian President Vladimir] Putin’s ongoing attempts to subvert U.S. democracy, according to the Republican FBI, CIA” and director of national intelligence, Scarborough said on MSNBC’s “Morning Joe.” “All Republicans are saying Russia is trying to subvert U.S. democracy, and Moscow Mitch won’t even let the Senate take a vote on it. That is un-American.”

The Kentucky Republican listed a number of comments he’s made over the years calling for increased vigilance about the threat that Putin poses to the U.S. (He did not, however, mention his role undercutting an effort by the Obama White House to call out the Kremlin’s election meddling just before the 2016 presidential election.)

Democrats, on the other hand, believe that states and localities can’t respond to election meddling like the federal government can. For that reason, Sen. Ron Wyden (D-Ore.) argued last week for the need to institute “mandatory, nation-wide cybersecurity requirements” to election systems.

“We would not ask a local sheriff to go to war against the missiles, planes and tanks of the Russian Army,” Wyden said in a bipartisan report released by the Senate Intelligence Committee on Russia’s election meddling.

The report described how Moscow targeted election systems in all 50 states in 2016 — and how the states were woefully unprepared to respond to cyberattacks.

And let’s not even get into Elaine Chao McConnell raking in the big bucks from her ties to China. Ethel and Julius Rosenberg got fried for less.