Get Outta Here, Boys, Ya Bug Me!

From David Weigel at THE WASHINGTON INDEPENDENT:

On Monday morning, Joseph Basel and Robert Flanagan, both age 24, dressed up as telephone company workers and walked into the New Orleans office of Sen. Mary Landrieu (D-La.). Inside the office, waiting for them, was James O’Keefe, the 25-year-old conservative activist who posed as a pimp in 2009 for a series of undercover videos that badly damaged the national community organization ACORN. As Basel and Flanagan clumsily worked on the phones, O’Keefe was recording them for a reason that remains unknown. When the “repairmen” and accomplices were asked for ID, they gave themselves up and were arrested. 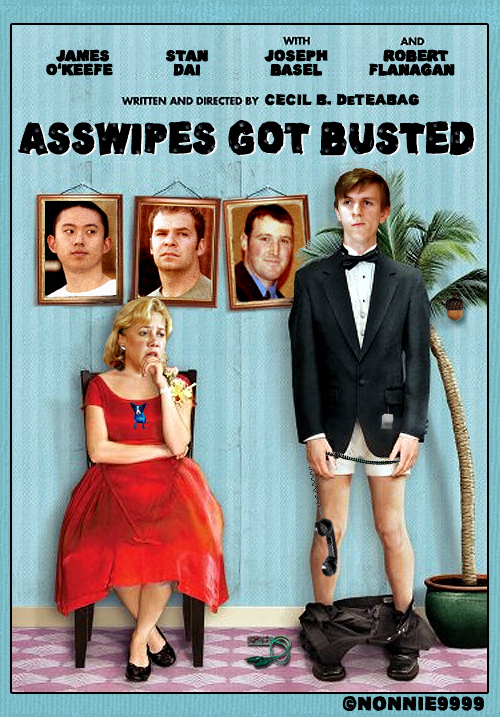 In an affidavit detailing the bungled sting operation, FBI Agent Steven Rayes argued that “there is probable cause to believe that Flanagan and Basel by false and fraudulent pretense attempted to enter, and did in fact enter, real property belonging to the United States” in order to bug phones, and that they were “aided and abetted” by O’Keefe and a 24-year-old activist named Stan Dai. One day later, the botched operation has become national news, an embarrassment that could tarnish the conservative media that turned O’Keefe’s ACORN stings into a national sensation. While O’Keefe, Basel, Flanagan, and Dai were released on $10,000 bonds, they face up to 10 years in prison if found guilty of “entering federal property under false pretenses for the purpose of committing a felony.” The scandal marks a swift and staggering downfall for an activist who had been praised for months for doing the work the “mainstream media” wouldn’t do in exposing sloppy and illegal work by ACORN.

O’Keefe, a self-described “progressive radical” who studied the tactics of Saul Alinsky, made a name for himself at Rutgers University as the founder of a conservative newspaper and a producer of hidden camera stings of politically correct administrators. From 2006 through 2007 he worked for the Leadership Institute, training conservative students on how to start campus publications. In July and August 2009 he and 20-year-old activist Hannah Giles posed, respectively, as a pimp and prostitute seeking advice for cheating on their taxes from various ACORN employees across the country. Their investigation badly damaged ACORN and fueled a successful congressional effort to temporarily prevent the group from receiving any federal funds. O’Keefe and Giles quickly became conservative icons, sought-after speakers at Tea Party protests and events like The American Spectator’s annual dinner.

“Now James is a national conservative hero,” wrote Leadership Institute president Morton Blackwell in a October 15, 2009, blog post for CampusReform.org, “and I believe he will write his own ticket to a future career doing just what he loves to do.”

On Tuesday, conservatives scrambled to contain the damage from O’Keefe’s Louisiana debacle. Andrew Breitbart’s Big Government website hosted the ACORN tapes and pioneered a new breed of aggressive conservative investigative journalism. Mike Flynn, the editor-in-chief of Big Goverment, told TWI that the site was not working with O’Keefe; Flynn told libertarian Reason magazine that “unlike the left, I don’t believe the ends justify the means.”

The potential blowback from the Landrieu sting extended to some Republican members of Congress. In October, Rep. Pete Olson (R-Tex.) introduced a resolution honoring “the fact-finding reporting done by Hannah Giles and James O’Keefe III.” The resolution credited the two activists with “exemplary actions as government watchdogs and young journalists uncovering wasteful government spending” and asked for the House to officially honor them and “transmit an enrolled copy” of the resolution to them. Thirty-one other Republicans co-sponsored the resolution. On Tuesday night, Olson gave TWI a statement criticizing O’Keefe’s actions while maintaining that the ACORN sting had performed a valuable service.

On the way out of a Louisiana courthouse, O’Keefe’s first statement to the media was “veritas”–Latin for “truth,” and half of the name of his video company, Veritas Visuals.

Uhh, no, dude. I think the truth is gonna do exactly the opposite, and I don’t think your roomies in the big house are going to be impressed that Faux News’s Chris Wallace named you their Power Player of the Week.

[…] Stan Dai, has past ties to Washington national security think tank, the Foundation for the Defense of Democracies. From the bio that accompanied his 2005-2006 Phillips Foundation College Leaders Program award:

STAN DAI, Lisle, Ill., attends The George Washington University majoring in Political Science. He is editor-in-chief of The GW Patriot, an alternative conservative student newspaper, a Club 100 Activist of Young America’s Foundation, and an Undergraduate Fellow on Terrorism of the Foundation for the Defense of the Democracies.

FDD executive director Cliff May says Dai was part of an FDD summer terrorism/counterterrorism program for undergraduates in the summer of 2004. “He was one of our students six years ago,” May said by email. “He was a serious student then. Sounds like he’s got himself in a heap of trouble now.”

Dai, an immigrant from China, was president of the Conservative Student Union at George Washington University.

In 2008, he was assistant director of an intelligence community “center for academic excellence” at Washington D.C.’s Trinity University.

[Joseph Basel] arrested for his involvement in a bungled Watergate-style phone-tapping of U.S. Sen. Mary Landrieu’s office was once the editor of a monthly conservative publication at the University of Minnesota-Morris.

Basel was one of three founders of The Counterweight, a monthly conservative publication at University of Minnesota-Morris.

[In] his Facebook page. He’s listed as an ’08 graduate of University of Minnesota-Morris, and his friends include fellow suspects Dai and O’Keefe.

His fanpages include the Teaparty Patriots […].

Basel emerged through the world of conservative campus journalism, according to this Media Matters report:

Both O’Keefe and Basel seem to have gotten their start in the conservative college press with a little bit of help from the Leadership Institute, the group that aims to recruit and train conservative activists.

Main Justice has learned that Flanagan worked as an intern for Rep. Mary Fallin (R-Okla.) from January to April of last year. Kathryn Bruns, a press representative for Fallin, said she could only confirm that an intern of the same name worked in the office. She said she could not confirm that it was the same Robert Flanagan who was arrested, and declined to say if she knew whether the intern was from New Orleans or if his father was a federal prosecutor. She declined to comment on the arrest (Updated: 6:23 p.m.).

As first reported by the Associated Press and The Hill, Flanagan is the son of William J. Flanagan, who is the acting head of the U.S. Attorney’s Office in Shreveport. O’Keefe was in the news last year for his part in making secret videos in several offices of the community organizing group ACORN (Association of Community Organizations for Reform Now).

Fallin was one of the Republican representatives who introduced a bill that said the nation owed O’Keefe a debt of gratitude for his undercover videos.

The Times-Picayune reported that “Robert Flanagan’s attorney, J. Garrison Jordan, said he believes his client works for the Pelican Institute.”

Robert Flanagan is a frequent blogger for The Pelican Post, where he has written about Landrieu.  The Pelican Post is the blog of The Pelican Institute for Public Policy, “a non-profit research and education institution that conducts scholarly research and analysis of Louisiana public policy. The Institute’s mission is to advance sound policies based on the principles of free enterprise, individual liberty, and limited government.”

You can read the affadavit detailing the charges at TPM.