Call 2011 the year of the Republican governor.

Newly elected officials such as New Jersey’s Chris Christie, Florida’s Rick Scott and Wisconsin’s Scott Walker are exerting power in dramatic ways and jumping over each other for a share of the national spotlight. 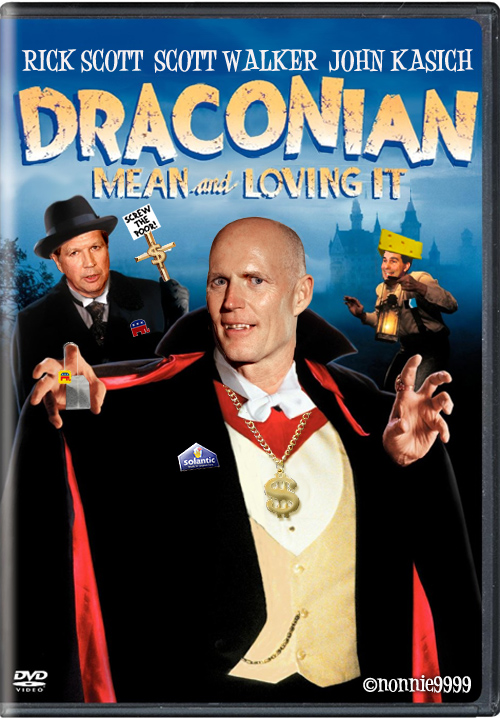 With more Republican legislatures behind them than any time since 1952, the governors are successfully pushing a conservative, anti-Obama agenda just as the president prepares for his re-election campaign.

“They are more important than Congress right now,” said U.S. Sen. Jim DeMint, R-S.C. “The more they push back, the better chance we have at cutting back the role of the federal government.”

Republicans now control 29 governor’s mansions, a gain of seven since 2009, and have taken a majority of the swing voter states from Democrats, including Virginia, Ohio, Pennsylvania, Wisconsin, Michigan, Iowa and New Mexico.

The challenge for Obama runs to Florida, too, where Alex Sink barely lost the race for governor, the best hope for Democrats in a long time. Now, Scott has a megaphone that he uses nearly daily to oppose Obama’s policies.

The governors say the November midterm elections, where voters sided overwhelmingly with Republicans, were a mandate to tackle spending and improve the business climate in their states through less regulation and taxes.

When one steps out, it encourages the others.

Facing deep deficits, the governors have produced austere budgets that in some cases are even too severe for their Republican legislatures. But they have pleased conservative activists. Scott went as far as to use a tea party rally to roll out his budget plan, which included $1.7 billion in tax cuts and slashing spending by $4.6 billion.

In Florida, Ohio and Wisconsin, governors have rejected federal money for high-speed rail, a top priority of Obama, dismissing the jobs that would be created as short-term and fretting over billions in unforeseen maintenance costs.

Most Republican governors have joined in lawsuits challenging the new health care law and some have resisted implementing the changes, contending they are unconstitutional. Now they want to force changes to Medicaid, asking the White House and leaders in Congress to make it easier to remove people from the program due to budget constraints.

They also are trying to overhaul the pension system for state workers and eliminate tenure for school teachers.

Most famously, Walker in Wisconsin is curtailing collective bargaining rights for public employees, encouraging other governors to do the same, and spawning noisy protests outside state capitols.

The jostling for attention is tempered by a collegiality. The governors call each other and send encouragement via Twitter. “Props to @GovWalker for new reforms to public employee unions that give taxpayers more rights,” Kasich wrote recently.

Scott has had several phone conversations with Walker, most recently Thursday when he called to congratulate Walker after lawmakers in Madison approved the union bill.

But Scott also sees his colleagues as the competition.

The bullish front has stirred debate over motivations and the public is beginning to show some weariness.

“I think people are going to see that the Republican governor’s tea party has a lot more to do with Alice in Wonderland than it does with Sam Adams,” said Maryland Gov. Martin O’Malley, a Democrat. “Some of them are much more Mad Hatter than they are James Madison.”

Walker has become a hero to conservatives nationally, but a recent poll shows he lost support among some Republican voters in Wisconsin.

In Florida, fewer voters have a favorable opinion about Scott now than they did during the campaign last year. Weak numbers would make it tougher to defeat Obama in 2012.