Death of the Party?

Election day is more than a year away, but Republican Sen. Susan Collins of Maine is already facing a barrage of attack ads, protesters at her local offices and a strong Democratic challenger. It’s a far different environment than in her last race for reelection, when her popularity was soaring and she won a commanding 58% of the vote.

The one-word explanation for the change: Iraq. 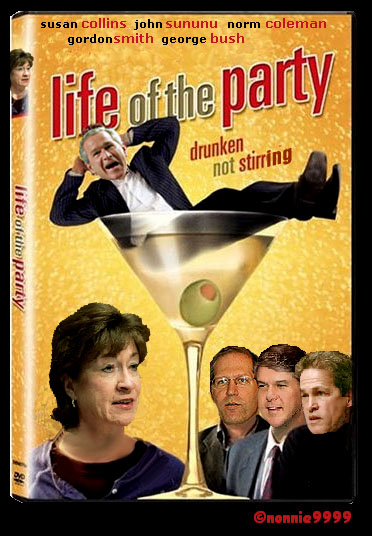